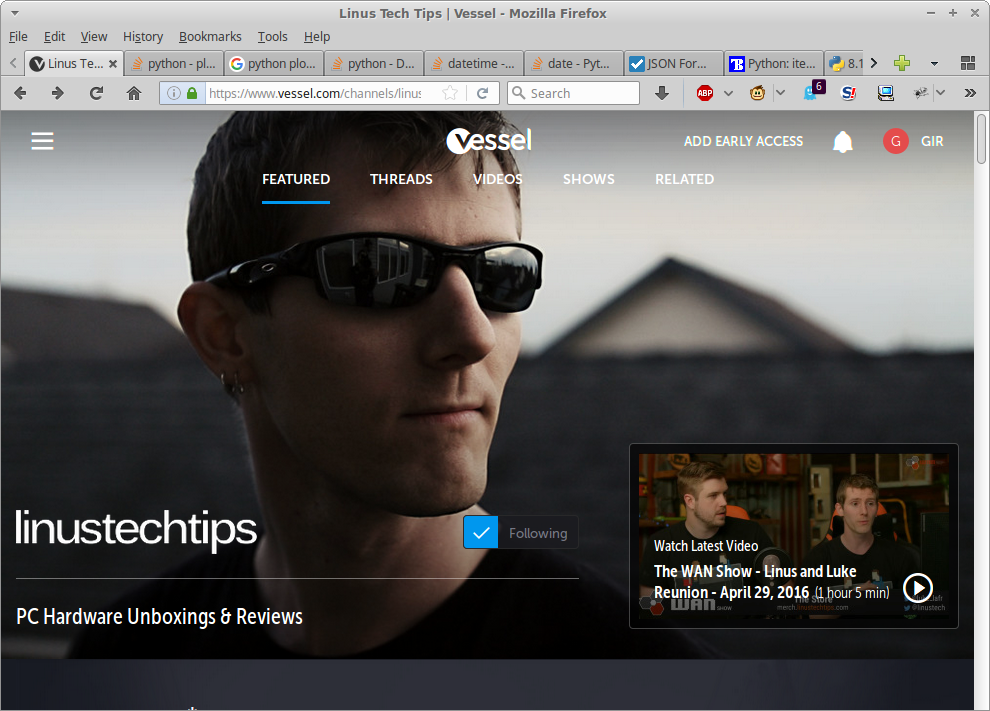 Screenshot of Linus Tech Vessel channel, © Linus Tech, Vessel
A little over a year ago, Vessel launched as an alternative video platform, trying to demonopolize YouTube as the quasi only option to upload videos professionally (i.e. earn money with your videos).
To get a foot into the market, they made deals with a lot of Youtube personalities to upload to vessel a week in advance and instead of showing users advertisements, either in the form of prerolls or sponsor spots in the middle of the video, they collect a small monthly subscription fee. Vessel boldly announced their launch in the form of sponsored YouTube videos giving away a full year of premium subscriptions to everyone signing up in the first month or so.
In March 2016 the free premium accounts expired, and I wanted to know, how many people are still watching on vessel now, compared to when they had a free premium account.
Sadly, Vessel doesn’t disclose a view count, or how many people have purchased a premium account after the first month. They do however have a ‚like-button‘ below every video and a comment counter. I decided to at least get a rough idea about their view count compared to last year.
END_OF_DOCUMENT_TOKEN_TO_BE_REPLACED