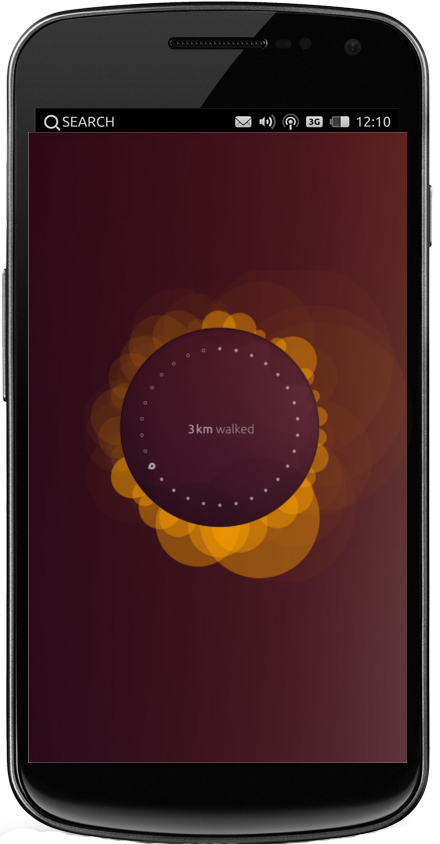 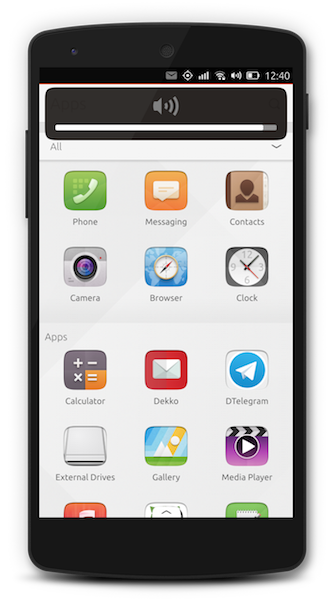 Source: Cartmanland; BY-CC-Licensed | Source: Vinodh Moodley; BY-CC-SA-Licensed
When I was faced with wiping my Nexus 5 phone once again, I decided to install Ubuntu Touch. Here’s my experience after 3 weeks of it being my daily driver.

This is not the first time I had Ubuntu Touch on my phone: I tried it a few years ago using multi boot – but that doesn’t work any more on the Nexus 5, because the developer seems to have abandoned it. The Nexus 5 isn’t supported by Canonical directly either, so I had to get my installation from UBPorts, which is, as expected, beind in development from Canonical.

I also had to install this using my old XUbuntu live USB key, as flashing the OS is done via ubuntu-device-flash, which is not available in Fedora’s (or RPMFusion’s) repositories.

First off, battery life is terrible! I can hardly get through the day on standby! As i was abroad on holiday during the second week of usage, with no access to an outlet during most of the day (and me being unwilling to lug either a power bank or wall wart with me), I got into the habit of turning it off as soon as I left the hotel, and only turn it on while I actually needed to phone/text someone.

The next obstacle i had to overcome was to get my contacts back into my Hammerhead: Turns out, the VCard parser is either broken or not working with .vcf-files containing more than one name and number. To fix this, I came up with this little script.

Turning off the phone is also surprisingly hard: When you use the shutdown dialog to cleanly power off your device, it turns the display black, but does not kill the backlight.
I therefore wrote a small script (during the intermission of a theatre play, as one does) that utilizes the magic system request key-commands. (Note that in OTA-9 this also affected reboot, but reboot seems to have been fixed in the OTA-10 release of the devel-stable branch).

Onto why I decided to to go with Ubuntu Touch: I wanted to be able to run full X11 applications on my freaking phone!
In order to set up Libertine, the environment in which X applications are run, some command-line-foo had to be applied. Afterwards, I installed xBomb, my favourite Minesweeper clone, Aisleriot Solitaire, FireFox and xTerm to test it out. xBomb wouldn’t run (apperently, a broken version sits in Ubuntu’s repositories), Aisleriot failed to install with some dependency problem (but suddenly started working after one or two reboots).
I had more luck with FireFox, although it was tiny, because no scaling was applied automatically by the system. A simple modification to one of X‘ dotfiles fixed that though. When touching the search/url bar, the on screen keyboard even pops up! However, when I tried to log in to some websites, I noticed that not only the keyboard sometimes didn’t come up on text fields, it never (ever) came up on a password field. With no way of doing a right- or middle-click to copy/paste a password into, I gave up on that.

In Xterm, which is not using text-fields at all, the keyboard never came up. But the community found a solution for that: a replacement X-specific on screen keyboard, matchbox. It has to be started when an X application is already running through a convoluted command (to run matchbox in the Libertine sandbox instead of the phone itself) using the built-in terminal emulator, which is an atrocity to operate without an external keyboard.
The resulting X11-keyboard is functional, although not scaled correctly (hitting the keys was extremely hard).

As a proud owner of a Pebble Steel smartwatch, I was eager to try out RockWork, an open source application to interface the watch with my phone. But Bluetooth does not work on my phone! (This seems to be already worked on) So I wasn’t even able to change the time zone on my Pebble during holiday, which was another bummer.

This also meant, that I was not able to test out the greatest feature of the phone: Continuum. This is Canonical’s vision to bring a full desktop experience to your phone by connecting it to a monitor, keyboard and mouse. Since with Slimport (HDMI over the USB port) one cannot plug in a keyboard, using a bluetooth one is the only option. But that isn’t happening at this time on my phone.

Something else that is still missing from the Ubuntu Touch experience are apps: There exist a hand full of them, but especially in the casual gaming area (think solitaire, minesweeper, as those are indeed available) they are sub-par to their Android counterparts in the User Experience department: slow and clunky.

Something I did manage to get running is Spotify, to which I am a premium subscriber and very pleased with. Of course, there is no app available, but since this is essentially a full GNU/Linux distribution (GNU gets its mention here, because Android is a Linux distribution too, but is missing all the software we expect from a ‚desktop‘ Linux box), I installed Mopidy, a mpd alternative with a Spotify add-on. Running it from the terminal worked straight away, until the display timed out and turned off. Apparently, that suspends the terminal app and the process running in it. Bummer. It was still fun to see, that my smartphone not only has mir and upstart, but even pulseaudio running.

Finally, today I accidentally terminated a call, because the screen does not turn off, when I hold it against my face (proximetry sensor not checked), and I have managed to enable airplane mode with my cheek.

And finally-finally, my phone has stopped recognizing my SIM card twice this week.

I really like the concepts, Canonical wants to bring from the desktop market to the mobile one.
Convergence, the original that Microsoft is copying with their Continuum, is something I am really looking forward to – as the need to bring a laptop gets eliminated (in some workflows).
The ability to run X11/Mir software, that is intended for the desktop, goes hand in hand with Continuum, and, when properly implemented in the future, will be great!
Replacing on screen buttons (like home and task switching) with gestures is, albeit slow and requiring getting used to, very intuitive and after I had to adjust some settings on my dad’s new phone for him, I caught myself trying to use them on Android too.
However, at the current state, the system is barely usable. Not even Mark Shuttleworth, CEO of Canonical, is using it as his daily driver yet. And so will I too migrate to Android in the very, very near future ( by which I mean: as soon as this blogpost goes live).

Although this review is very negative on the usablity-side, it was a fun experience, and I want to express my thanks, gratitude and respect to every person involved in this hopefully world-changing project.

I have just watched Bryan Lunduke’s Youtube interview with an Ubuntu Touch developer, and am not surprised that many of the points I made, they made as well. Go watch it – it’s interesting!